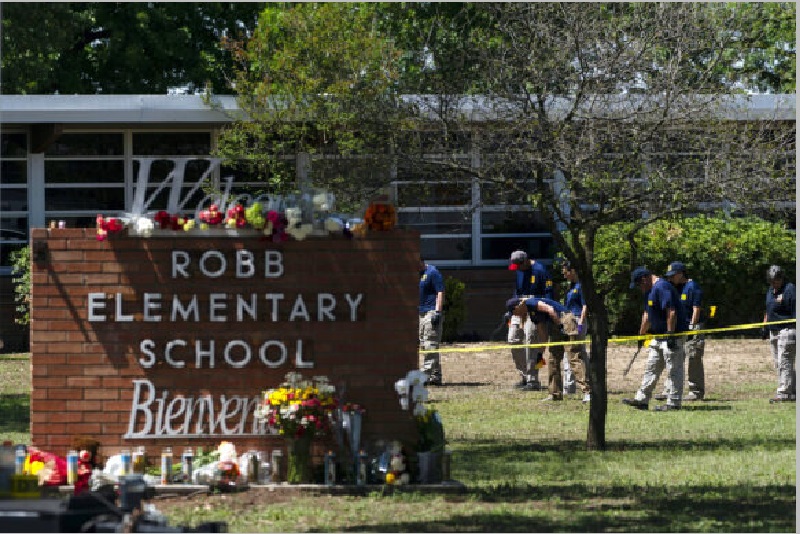 The cost of buying insurance protection against mass shootings has spiked more than 10% in the United States this year following a string of deadly events, insurers said.

The United States witnessed 293 mass shootings so far this year, according to a report by the Gun Violence Archive that defines them as any event involving the shooting of four or more people other than the assailant. That compares with 309 the same period last year, but is sharply up from 240 in 2020.

Demand for such insurance has risen following recent shootings, including the murder of 19 children and two teachers at a Texas elementary school last month, the United States’ worst school shooting in nearly a decade.

“The number of inquiries we’ve been receiving over the last few weeks have definitely spiked … we haven’t been as busy as this ever before,” said Chris Parker, head of political violence and deadly weapons protection at Lloyd’s of London insurer Beazley.

Parker said the insurer had seen a 25% jump in revenue so far this year for its deadly weapon policy, with a 30-35% jump in inquiries and a 10%-15% increase in rates, driven by the rising number and severity of gun attacks.

He said clients were now buying insurance to cover themselves for $5-10 million in losses, compared to $1-3 million four years ago.

Policyholders typically can pay tens of thousands of dollars for $1 million in coverage. Beazley’s clients include schools, municipalities, houses of worship, bars and restaurants.

Other buyers include organizers of events such as marathons, rodeos, livestock shows, concerts, Fourth of July parties and Pride marches. Beazley is one of the biggest players in the space along with other Lloyd’s of London insurers, sources said.

There has been an uptick in violent attacks at hospitals and healthcare institutions as families of people who lost their lives to the pandemic look for someone to blame, insurers said.

Inflation is also seen as a driver of violent acts as the cost of living rises.

“This was the case post 9/11, and was the same following the rioting and violent civil disturbances that have taken place over the last few years in the U.S., and we are seeing the same increase in demand following the recent spate of mass shootings.”

Church Mutual, a leading insurer of religious organizations in the United States, said it had seen a 10-15% rise in inquiries around armed intruder and mass shootings and an increase in requests for services.

Church Mutual has seen more demand for its “Pull for police device,” which allows a customer to pull a tab, triggering a signal to law enforcement that there’s an armed intruder event.

The price of an active shooter insurance policy varies according to location, safety protocols and the gun laws of the state of residence, insurers say.

However, the majority of organizations do not have insurance against such attacks.

“The increase could get more exorbitant if any of the institutions that may have had experiences of active shooter losses or claims had insurance,” Nageer said.

Insurance buyers said they need to argue hard to keep a lid on rates.

“You can generally aim to minimize rate increases through thorough and pointed negotiations, and reminding underwriters that this is a competitive market,” said Scott Feltham, group insurance manager for catering group Compass.

Photo: Investigators search for evidences outside Robb Elementary School in Uvalde, Texas, May 25, 2022, after an 18-year-old gunman killed 19 students and two teachers. The district’s superintendent said Wednesday, June 22, that Chief Pete Arredondo, the Uvalde school district’s police chief, has been put on leave following allegations that he erred in his response to the mass shooting. (AP Photo/Jae C. Hong, File)