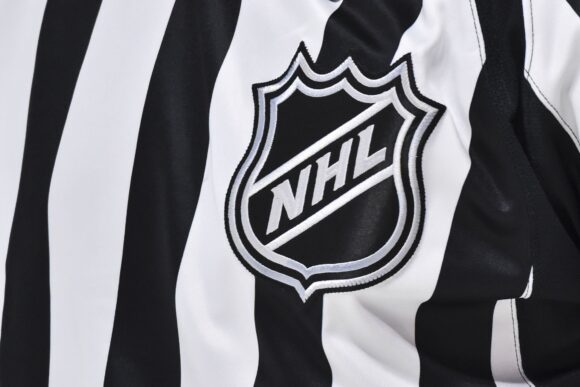 You can now listen to Insurance Journal articles!

The National Hockey League can pursue a lawsuit against its insurance provider over losses stemming from the COVID pandemic — but not for the billions of the dollars in damages the league’s 19 clubs sought.

California Superior Court Judge Sunil Kulkarni said in a tentative ruling Wednesday that the clubs could move foward with their claim that Factory Mutual Insurance Co. unlawfully denied them coverage under the communicable disease clause of their policies. By contract, that provision only covers $1 million.

The teams had claimed that contamination caused by the Covid virus damaged their stadiums, forcing them to shut down and costing them billions of dollar in revenue.

Photograph: An NHL crest is seen on a referee’s uniform on October 23, 2021 in Montreal, Canada. Photo credit: Minas Panagiotakis/Getty Images.